The store will not work correctly in the case when cookies are disabled.

The droughts in India: How the dropping water table is affecting lives 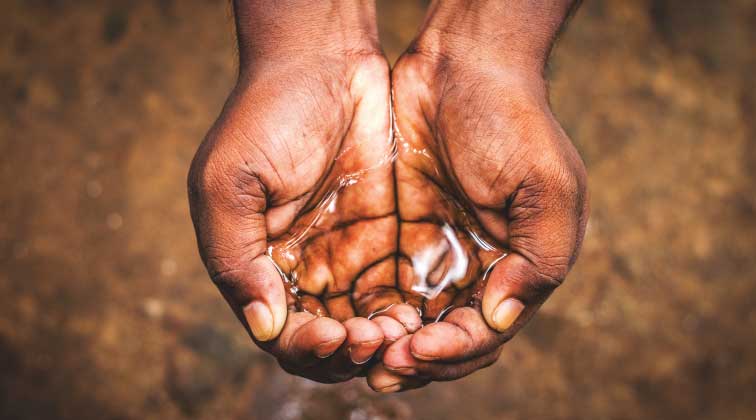 The dropping water table is causing the drought situation to further intensify with every passing day. The condition is so grave that people are losing their lives due to severe dehydration. Especially in Maharashtra, the number of people affected is a mammoth 90 lakh. The water level has hit 2% and the dams are close to running dry in the state. With only 17% water stock left in Maharashtra, the government has deployed help. Water tankers were sent to the drought hit areas and financial aid is promised, so that the worst hit were not left to fend for themselves.

For the women in these drought hit parts, however, it is possibly the worst situation to be in. Collecting water was as it is a tough task for them, and with families to feed and farms to take care of, the women face the brunt of this situation in the worst possible way. The farmers have resorted to selling their cattle as a last option.

Access to safe drinking water is a constant concern. A water crisis has ensued and before long, the threat will apply to the other parts of the country too.

One of the major concerns facing us is over exploitation of ground water. This has forced the rationing of drinking water to some communities. In certain states, the condition is so bad that there is fear of riots over water. The local administration has prohibited the gathering of more than five people near wells and water filling points.

In such dire and grim situations, what can we do to help?

While being a country dependent on the monsoon for its crop, we have to work on our irrigation systems. Digging borewells is a short term solution, but due to that, the water table will soon be depleted.

In this scenario, many initiatives have sprung up. One of them is Jaldaan, a part of the Tandarust Bharat campaign, launched to provide clean water to the underprivileged in the areas affected. For every pledge taken for Jaldaan, Aquaguard contributes Rs. 10 to set up water purification plants in such areas for the affected communities.

However, a long term solution needs to be planned out. Even small steps from every individual can help those in dire need of water. Some simple yet effective solutions that can be employed by the community will be outlined in our next blog. Until then, let’s reduce the amount of water we waste. Every litre saved, can help someone.

*Source: The data is from Business Standard, Economic Times and Rural India Online.